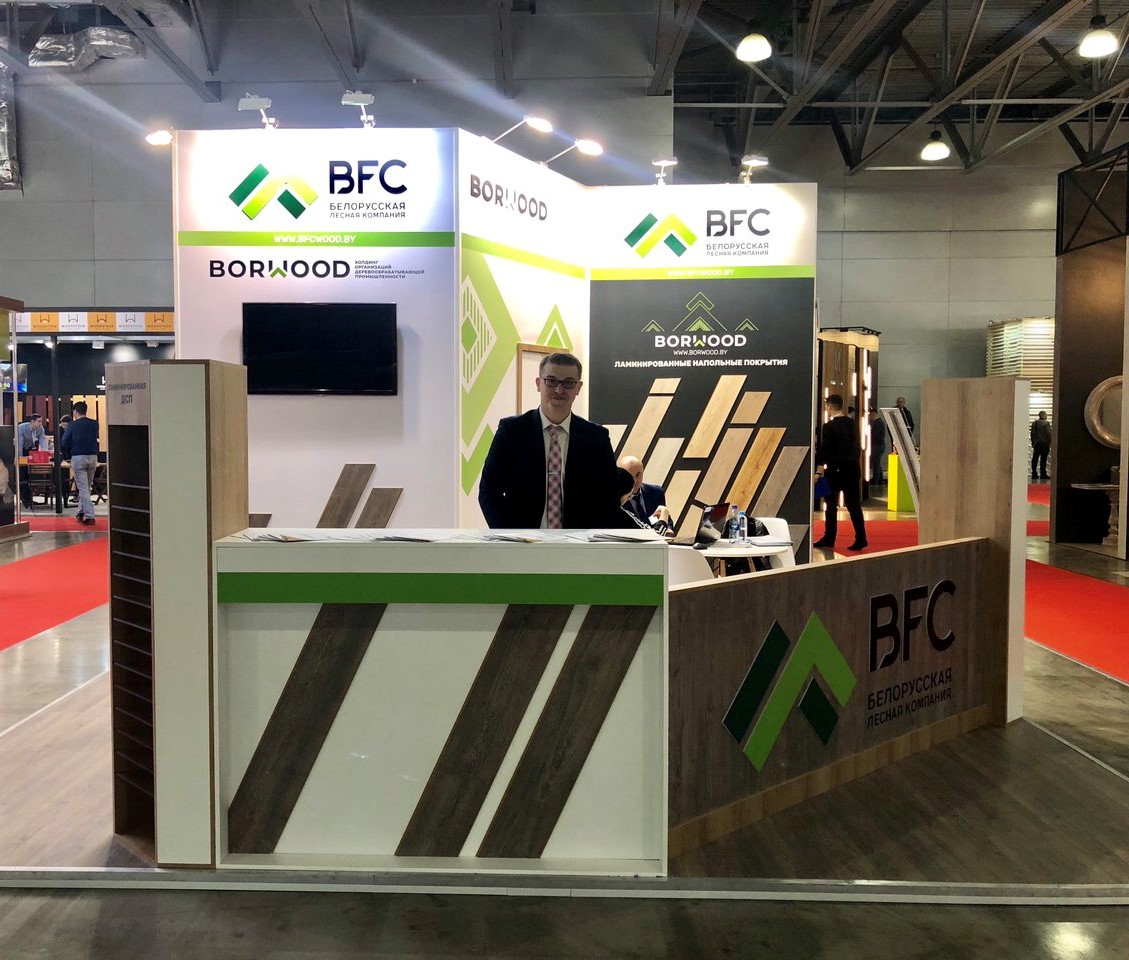 For the first time JSC «Belarusian Forest Company» took part in the international construction exhibition BATIMAT RUSSIA - 2019, which was held in Moscow from March the 12th until March 15th, 2019. BATIMAT is one of the largest exhibitions in Russia in its market segment. More than 600 manufacturers and suppliers, dealers and distributors, architects, designers and decorators from Russia, CIS countries and Europe became participants of the event this year.

JSC «Belarusian Forest Company» introduced the product of The Holding of Woodworking Organizations with the new brand «BORWOOD». The most space of the company’s booth was occupied by laminated flooring, which was of the greatest demand in the course of the exhibition.

The display also included such popular in construction and decoration materials as:

BELTERMO boards – the new environmentally friendly material for integrated insulation of residential and commercial premises, which draw particular attention of the visitors. Insulation boards are manufactured in Mozyr at the enterprise JCS «Mozyrsky DOK», which is one-of-a kind in production of insulating boards in the CIS-countries. Traditionally, the exposition also included fiberboard and laminated chipboard, the main target of which was furniture production industry.

Russia occupies an important place in sales geography of JSC «Belarusian Forest Company». We are interested in further development of the Russian market and are ready to offer the entire range of BORWOOD Holding’s product portfolio, which is supplied by JSC «Belarusian Forest Company»: MDF, chipboard, fiberboard, plywood, BELTERMO insulation boards, matches, sawn timber, laminate flooring, furniture shield, chips and fuel briquettes. We are confident that business contacts developed during the last exhibition will significantly contribute to achieving the desired level of the product variety and the supplied volumes.