On 21-24 May 2019 Koelnmesse (Cologne, Germany) hosted the international exhibition of furniture production and interior design INTERZUM-2019, bringing together more than 1800 exhibitors from 60 countries and more than 74,000 visitors from 152 countries. Among the participants was the JSC Belarusian Forest Company that presented to the products of the holding of the woodworking industry organizations «BORWOOD».

During its 60th anniversary year the event once again broke a record in its scale. Not only the number of visitors and exhibitors grows annually, but the geographical coverage expands as well – in 2019 there was 75% of foreign visitors (in 2017 the figure was only 73%). The exhibition brought together manufacturers, architects and designers not only from Germany, but also from other European countries, mainly from Italy, France, Spain, Poland, Netherlands and UK. A huge number of representatives from Western Europe, Asia, North and South America also visited the exhibition.

The JSC Belarusian Forest Company participated in the INTERZUM exhibition for the first time and successfully demonstrated its range of products to the world: 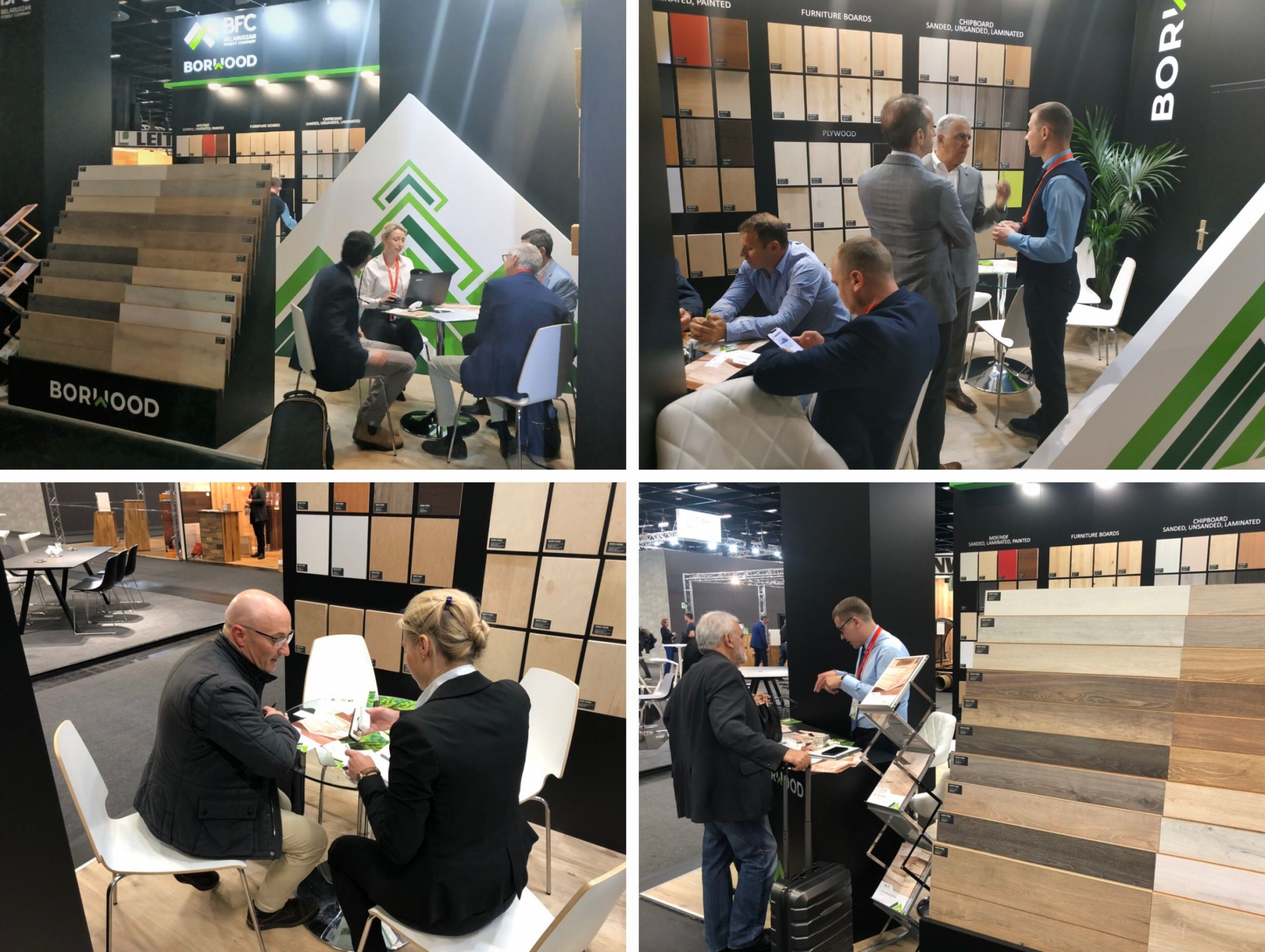 During the 4 days of the event, the exposition of the JSC Belarusian Forest Company was visited by companies from 52 countries, the overwhelming majority of which were companies from Italy, USA, Great Britain, Germany and Greece. At the same time, we managed to establish 137 business contacts with representatives of furniture production and the construction industry.

The participation in such major international exhibitions provides a great opportunity to present the products under the new brand «BORWOOD» to the whole world and establish new business contacts in the target markets!